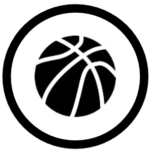 The Basketball competition is a team tournament.

A team consists of max. 12 players.